Since 2001, Circle Theatre Company has been producing quality youth theatre that showcases the very best in regional youth while building self-esteem, integrity, discipline, and confidence in our students. 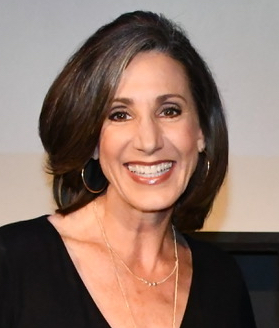 Erin Theriault is thrilled to be Circle Christian School’s Arts Director. She has been a part of the Circle Theatre Company family since 2007, serving in a variety of capacities. In addition to producing CTC’s shows, she is also the CTC Vocal Director and has musically directed many CTC shows including You’re a Good Man, Charlie Brown; Through the Looking Glass, The Marvelous Wonderettes ’58, Jingle in the City, Anything Goes, and Rodgers & Hammerstein’s Cinderella (2013 Broadway). Erin also spent many years as a performer, and has appeared on television, in musical theatre, and in concerts throughout the United States, Japan, and South America with Ray Conniff and the Singers. In addition to live performances, Erin has a variety of recordings to her credit as both a singer and songwriter, and has worked with such artists as Richard Carpenter and Glenn Frey. As a performer herself, she loves being a part of helping students find their own passion and love for the arts. She currently resides in Sorrento, FL, where she performs her favorite role of wife to David and mom to Jake and his lovely wife Hazel, and Sam and his bride Lauren, all of whom are CTC alums!

Linda Novak grew up in Cleveland, Ohio. Her love for performing landed her a spot on Center Stage’s Dance Team, a top-level dance company in Cleveland. Linda competed there for 10 years, and received training in tap, jazz, ballet, lyrical, and hip hop. She won numerous awards and top overalls for her groups and solos. She went on to earn a BFA in Musical Theatre from Kent State University. Linda has performed across the country at several professional theatres and has appeared in television shows, most notably Pan Am; film (The English Teacher), commercials and ads for Disney Water Parks, Beef O’Brady’s, Olive Garden, and many more. She performed at a Kinect: Xbox 360 event in Times Square with Grammy Award winning singer Ne-Yo. She moved to Orlando in the fall of 2012, and has been performing at Sea World and Universal, including shows such as O’ Wondrous Night directed by Broadway director B.T. McNicholl, Bands Brew & BBQ, Just for Kids, Surprise Squad, and Spooktacular. She has been a part of Circle Theatre Company since 2014, and loves being able to share her passion of performing with all ages. 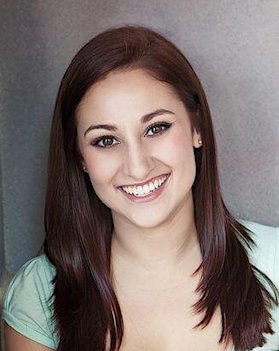 Addi Berry Light is an Orlando, FL native who has been blessed to work in the theater, voiceover, and performing arts industries since she was 10 years old. Graduating from Wagner College in NYC with a degree in theater, she’s had the opportunity to work onstage in many productions (favorites include Into the Woods, Anything Goes, Hello Dolly, Cats, Iolanthe, and Titanic the Musical) and backstage in costuming and wardrobe supervision on productions like A Chorus Line and Monty Python’s Spamalot (a show with over 300 individual costume pieces!) Other projects on which she’s had the pleasure of collaborating include a revolutionary war drama in NC called Liberty Mountain: A Revolutionary Drama (in leadership, backstage, and onstage), as well as taking small, specialized shows to corporate events all over the country with local production companies. She’s also worked on many voiceover projects in recording studios in both FL and NC, most notably, for the Walt Disney Company. For the last 5 years, she’s performed at Universal Studios Orlando, bringing to life characters from The Wizarding World of Harry Potter in various shows on property. From a very young age, Addi was sure the Lord had called her to use her creative talents in the theater industry but it wasn’t until adulthood that she felt her calling shift to sharing her knowledge and experience with younger performers! She is thrilled to help students at Circle learn how to hone their craft and approach performance opportunities from a biblical worldview, advancing the gospel of Jesus Christ through the performing arts. 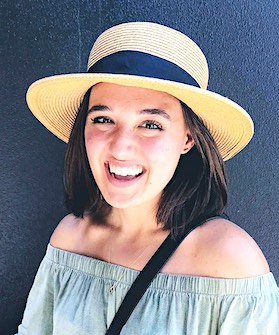